Ann K. Walsh has been named a Commended Student in the 2021 National Merit Scholarship Program. A Letter of Commendation from the school and National Merit Scholarship Corporation (NMSC), which conducts the program, will be presented by principal Lori Swortzel to this scholastically talented senior. Walsh is one of about 34,000 Commended Students throughout the nation to receive the award. 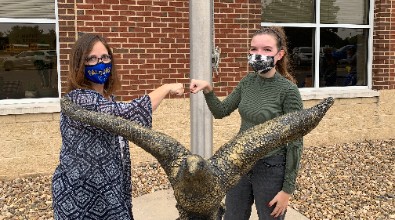 Congratulations to our student arts for placing in the VECCA/COFFELT 2020 SHENANDOAH COUNTY STUDENT ART SHOW. 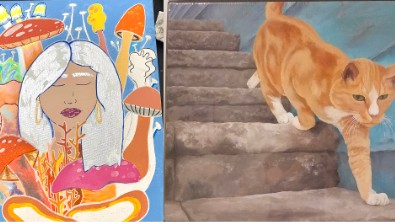 Thanks to the efforts of Edinburg Food Mart, Central has been awarded a $500 ExxonMobil Educational Alliance grant.

The money will help provide professional development for our staff. The ExxonMobil Educational Alliance program is designed to provide Exxon/Mobil retailers like the Edinburg Food Mart with an opportunity to invest in the future of their communities through educational grants to neighborhood schools. 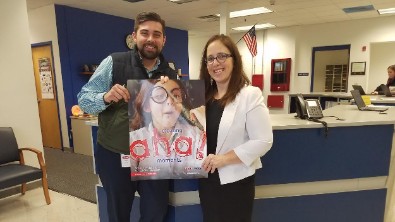 The Competent Learner Model is described as a “best practice” instructional model that has proven successful with students who have challenging behaviors or intellectual disabilities. Behavior analysis, precision teaching, and direct instruction form the foundation of the Competent Learner Model. Students focus on improving their skills in behaviors that a person habitually uses:  participating, problem solving, listening, talking, reading, writing, and observing. As their capability in these areas increases, students will become competent or capable learners.

Sherry Heishman, Agricultural Education teacher at Central High School (Woodstock, VA), was named one of only six individuals nationwide who received the National Association of Agricultural Educators Teacher Mentor Award, given at the NAAE annual convention in San Antonio, Texas.

Students who did not compete volunteered to assist judges, a very important role to ensure enough volunteers for competitors to compete.  Senior Hannah Copp, who will major in Family and Consumer Sciences Education at Bridgewater, had graduated; so, she was able to be a judge in Early Childhood Education,  an event that she had placed first in at states last year, and earned gold at Nationals.

Five students from Central also successfully completed the new, revamped leadership academy, now using the curriculum from FranklinCovey. These students completed a range of self-reflective and interactive activities based on their last completed grade in order to help them realize their leadership potential where they are at this point in their lives.

All eight  students from Central along with Holly Roberts, and chaperone and SCPS employee Adrianne Burner attended the Disney Y.E.S. Leadership seminar and learned Walt Disney's 4 core values that guided him to success.

“We learned,”  said Ms. Roberts, “ that Walt Disney didn't let anyone stop him from pursuing his crazy dreams, even if it meant hiding a half court basketball court inside a roller coaster to get around city ordinances.”

Students also had some fun along the way visiting Hollywood and Santa Monica Pier, seeing the Magical World of Color light show at California Adventure, and spending a day at Disneyland.

“If you think the rides were the only exciting and terrifying thing, commented Ms. Roberts, “ you’re not quite right   -- the FCCLA group was also in California for two of the biggest earthquakes in the last twenty years in California. One they experienced during sessions in the conference hotel and another at a restaurant in Downtown Disney.  Most of the students did not feel the first did feel the second as lights rattled and some plates fell from serving trays during the 7.1 earthquake. Students remembered their training from drills and knowledge from Earth Science about earthquakes, aftershocks, and remembered to use the stairs and not the elevator,” noted Ms. Roberts.